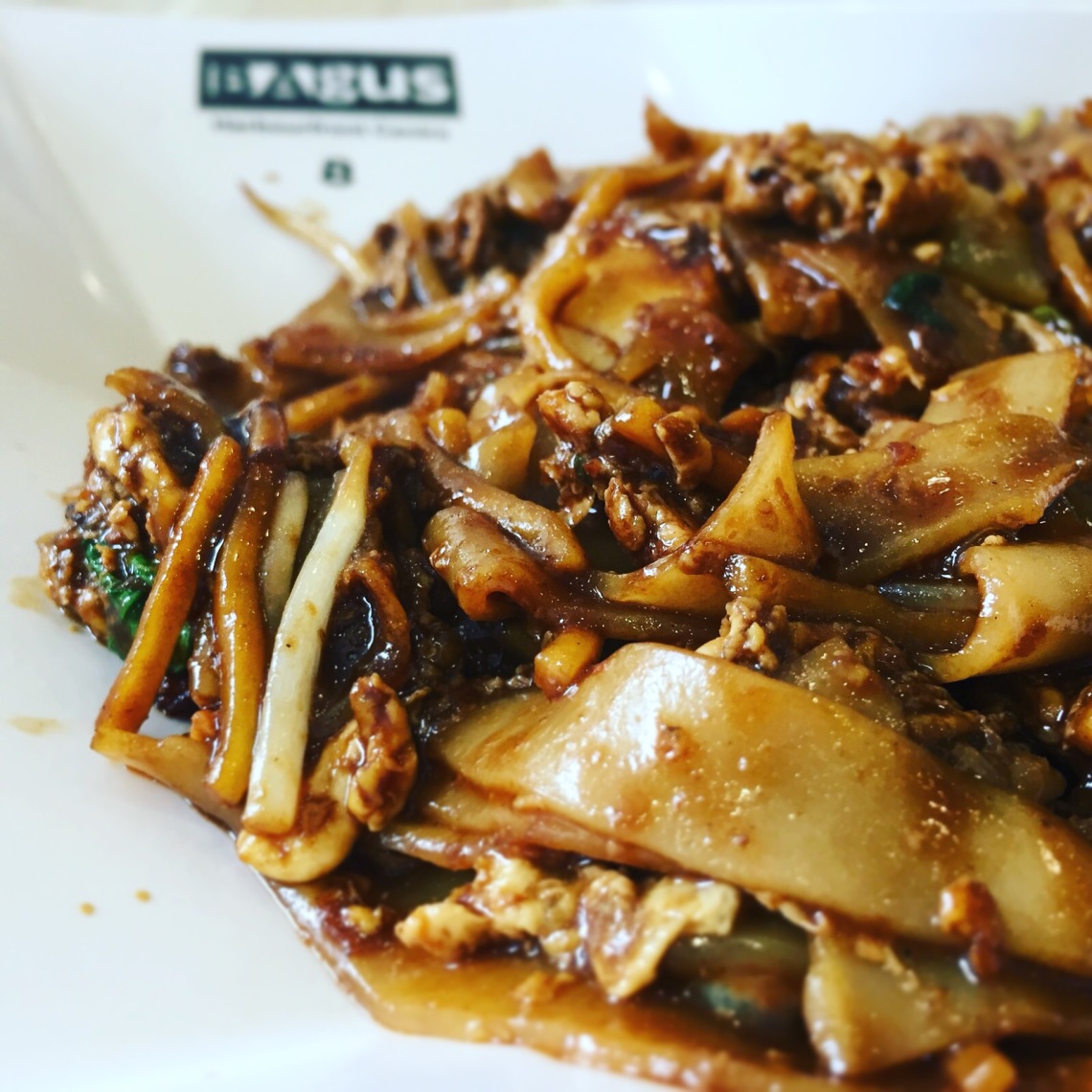 Char kway teow is stir-fried ricecake strips, is a popular noodle dish in Singapore. The dish is considered a national favourite in Singapore.

It is made from flat rice noodles kway teow, stir-fried over very high heat with light and dark soy sauce, chilli,  prawns, deshelled blood cockles, bean sprouts and chopped Chinese chives. The dish is commonly stir-fried with egg, slices of Chinese sausage, fishcake, beansprouts, and less commonly with other ingredients.

Char kway teow has a reputation of being unhealthy due to its high saturated fat content. However, when the dish was first invented, it was mainly served to labourers. The high fat content and low cost of the dish made it attractive to these people as it was a cheap source of energy and nutrients. When the dish was first served, it was often sold by fishermen, farmers and cockle-gatherers who doubled as char kway teow hawkers in the evening to supplement their income.

A Singaporean guy living in Singapore found myself lost while searching for my future! In this website I will talk about the fundamental of Bar-tending,Cocktails and Cocktails Concoction! At the same time I do provide bar service for private event! Email me to find out more! View all posts by Vincent Tan